For the past ten years, I’ve been writing code professionally mostly in Perl, but also in Python, PHP, and bits of Java and C.

A few months ago, I started a new job working on distributed systems in Clojure. Having only used Clojure for quick prototypes prior to starting the job, the jump to writing Clojure full time for real, non-trivial projects has been interesting.

I started using Vim about 15 years ago at university and I’ve been using it ever since, and although I knew that the IntelliJ story for Clojure was super popular and productive, and that almost all of the other developers in my team were using IntelliJ (plus one diehard Emacs fan), I still wanted to use Vim with the caveat that if things got too difficult, I would concede defeat and move to IntelliJ.

Over the years, regardless of the language I’m using, I’ve settled on three main plugins for better navigation and overview:

These things give me everything I need to navigate a large project; fzf was a big game changer for me. I tried to deprecate my use of nerdtree entirely in place of fzf, but I still find myself using nerdtree in certain circumstances, so I’m happy to keep it for now.

There are a few other plugins that I’ve been using, specifically for working with Clojure:

Perhaps it’s just a symptom of getting older, but after years of using dark backgrounds and dark colorschemes, my eyes finally started to feel tired and strained. So, after reading a handful of articles on the subject, this article about a brutalist emacs theme being the initial trigger, I decided to try my hand at creating a light colorscheme that uses very obvious highlighting for certain things (like opposing brackets, current line number, etc), bold and underline for note-worthy things (language keywords and types), and color for a few cases (static strings).

I ended up with this (work in progress) colorscheme: 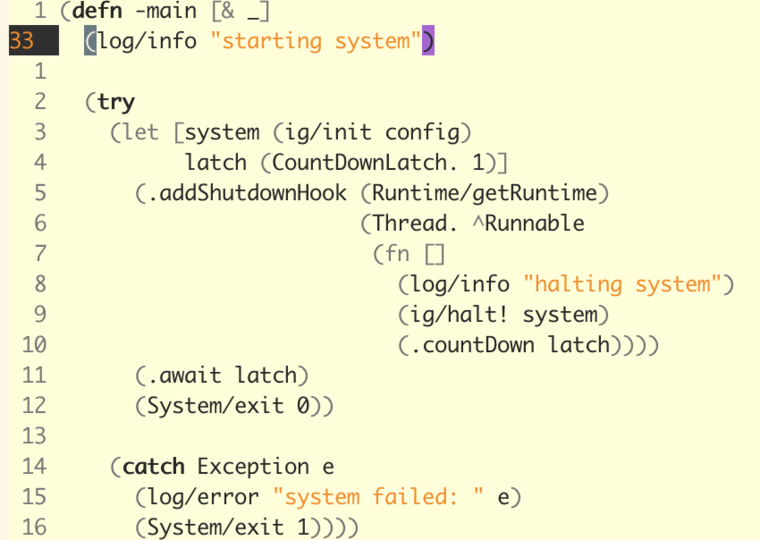 I’m debating whether or not to change the orange to something else, but of the alternative colors that I’ve tried, I still like the orange.

I specifically targetted Clojure with the colorscheme, but it doesn’t look too bad with other languages either. 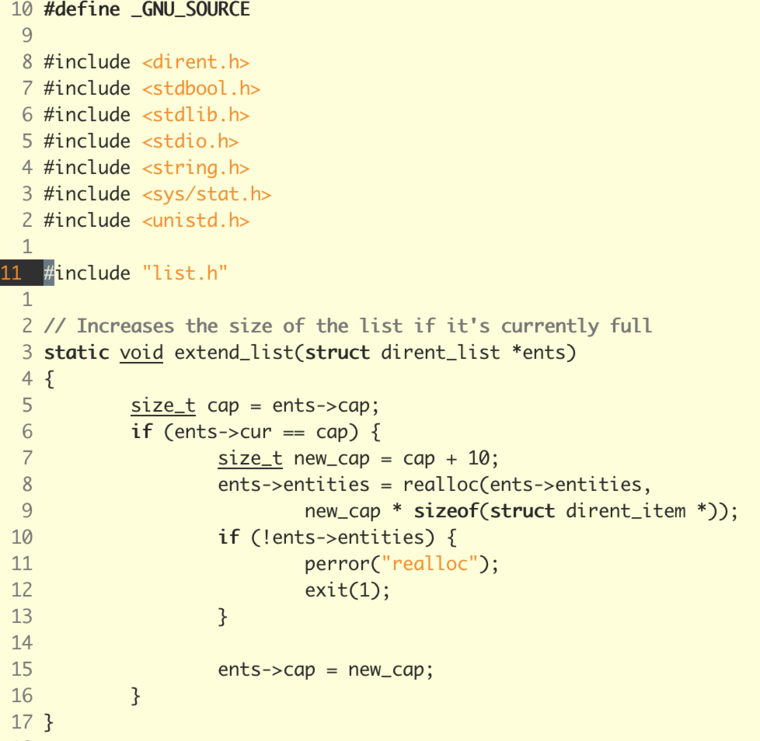 Even after ten years with Perl, I was still refining my working environment bit by bit, so this is by no means complete, but it’s been a great place to start.